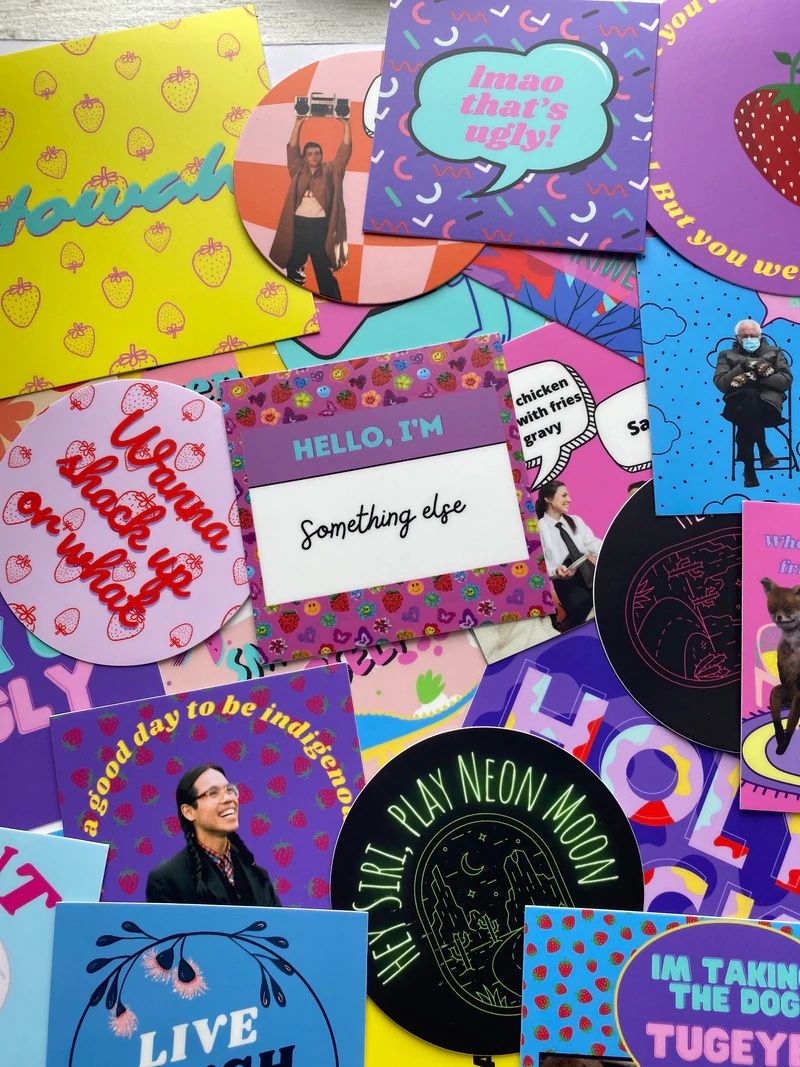 “How I Turned My Pandemic Project Into a Thriving Business”

Amy Jackson started Native Love Notes to cheer people up during lockdown. Now she’s got a thriving business, a retail shop in Winnipeg — and big plans for the future.

“It was a happy accident,” says Amy Jackson of the launch — and runaway success — of Native Love Notes, which she describes as “where Indigenous humour meets colourful, funny designs.”

A self-taught artist and digital designer, Jackson started posting her creations to cheer people up during lockdown, and tapped into a huge well of support and demand not just in her hometown of Winnipeg, but across Canada and the world. Now, just over a year later, she’s running a thriving business with staff and a storefront, and has big plans for more.

Here, Jackson chats about her inspiration, her tips for other entrepreneurs and the seeds of her success.

Around February or March of 2021, during one of our longest lockdowns here in Manitoba, I noticed that a lot of folks were experiencing depression from too much isolation. And there was a lot of outrage. Every time you would go online, you would hear about everything that was wrong with the world. It's a good thing that people are looking at the world critically, but it's also really draining. Social media is one place where people can connect, especially during a pandemic, and I found that it was really hard for that online space to be such a negative place to go — especially at a time when we really needed to connect with one another.

I thought, well, obviously I'm not the only person who is feeling depressed and overwhelmed. So you know what? I'm going to start creating, to break that up and interrupt it through some humour and funny things. I started some digital designs and I thought, what'd be really cool is if we saw our slang or our Native humour in these designs. We have lots of people who are excellent at doing memes, like The Band Office and The Rez Life. We have beautiful Indigenous art that is unbelievable and meaningful. But I was like, there's very little representation of the funny side of who we are in digital design. So I started to create these funny designs with my slang from OCN [Opaskwayak Cree Nation]. And it really took off.

I had all these designs, and I decided to share them on my personal Facebook and Instagram. People were like, that's really funny, you should consider opening an Instagram account. Within our first week, we had 1,500 followers. I definitely didn't expect that. Pretty quickly, those followers were demanding that the designs become products.

My intuition was like, Amy, you need to make these into stickers because it's the most inexpensive way to access art right now, especially during a pandemic when a lot of folks are broke. I think our first batch came mid-April. I hustled that on my personal Facebook and Instagram, and I sold out. I did it again because I thought, okay, let's see how the second round goes. Sold out again. Then I thought, okay, maybe I'll take the leap and open up a Shopify account. On the first day, we sold out of everything that I had ordered. I realized that I had something. I just followed my intuition: I'm going to take this risk, then I'm going to take this risk, and then I'm going to take this risk, and we kept growing and growing. I feel really, really lucky.

By July, which was two or three months in business, I decided after a lot of research that I would try my hand at drop-shipping. At the time I couldn't afford large orders of clothing, and I had nowhere to put it because I was running everything out of my apartment. So I thought, okay, we're going to do some drop-shipping until we have the space and the capacity to [order and stock inventory]. So I opened up a drop-shipping account, uploaded my designs and got that set up. We put it online and let folks know we're utilizing a drop shipper right now. And folks really responded to the apparel.

We started out with T-shirts and hoodies and then went into things like mugs, pillows and posters. Not all of us can afford these beautiful paintings that we would love to have in our homes, but we do want some visual representation in our spaces, right? So I thought I would make my designs affordable and accessible for folks by making posters and different home decor products. And I was really impressed with people's response.

Anything that says “You are deadly” or anything to do with deadliness — it resonates with folks all over the world, from Australia, New Zealand, the Polynesian islands, Hawaii, Alaska, all over the United States, all over Canada. It's really interesting how that is a shared slang word almost universally for Indigenous folks in colonized countries. Anything that says “deadly” is a hugely popular product around the world. The same with our mug that says “Colonizer tears.” We got to make it cheerful, but the message needs to be impactful, right? I love to do that kind of stuff. The “Colonizer tears” design went viral. People have been purchasing it like crazy since I released it.

Part of a strong community

We're committed to working with nonprofits and social enterprises. We have worked with Chokecherry Studios in Saskatoon. They do incredible work with inner city youth. We have done fundraising for the IRSSS [Indian Residential School Survivors Society]. My mum’s a residential school survivor, and so are all my aunts and uncles. So it was near and dear to my heart to do a fundraiser for the IRSSS because they provide free therapy for folks who are survivors or intergenerational survivors. We've hired Red Rebel Armour to do our fulfillment — it’s a local social enterprise that gives folks who are coming out of incarceration a chance at meaningful work. And we committed that any funds left over after paying for our anniversary party would go to a local service called the Sunshine House, and we donated $500 to them.

We were looking for a space where we could offer local pickup. I came to Turtle Woman Indigenous Wear and said, how would you feel about doing our local pickup for us? We can pay you for your time and your space and it'll also bring customers into your shop. She said, that sounds like a great idea, but I have a better idea. How would you feel about moving in? I said, that sounds amazing. So we worked out an agreement, and we moved in and opened a storefront.

We had our grand opening this past Saturday. For the whole six hours that we were open, it was packed. We hired some photographers to come, and we got community members to model our merchandise. The hope was that people would be comfortable modelling and being a part of our website, because we wanted them to feel like they were a part of what we were doing. And a lot of folks agreed. It was a great time — we got to visit with a whole bunch of supporters who have been there since day one. It was an amazing day, and it's been steady since.

The power of social media

When I look on my Shopify account, it says that something like 65 percent of our referrals come from Instagram alone. The cool thing about Instagram was that it enabled us to create a community where people can feel seen and heard, where we can laugh together and make jokes together. I make sure it's a safe space, and I do not tolerate any racism, any colonial mentality, any personal attacks, any arguments, nothing. None of that kind of energy is welcome in that space. We're very careful to monitor it every day. Having that safe space available for people online has really created that strong community that makes people feel like they're a part of what we do and what we have to offer. And I think that's part of the reason why we have such a strong response in the community and how they support us online.

I pitched to Pow Wow Pitch and I made it to the semi-finals. That was an incredible experience where I got to understand how to sell my idea and my business. It also gave me a huge opportunity to connect with other Indigenous businesses and folks. They brought me on to do a collaboration for 2022. I’m doing some graphics for them, and we're hosting pitch nights every two weeks on their Instagram. It's super fun. We have some laughs and then one person walks away with a $50 gift card and $100 cash, and their pitch is automatically entered into the Pow Wow Pitch competition in August.

What we're moving toward is opening more shops. One in my home community for sure. We're hoping to do a kiosk in the mall. And then Edmonton and Saskatoon. I tend to gravitate toward cities where there's a high Indigenous population, of course. Not necessarily just for sales, but to give them a place where Native people can come to a store and feel like they're welcome and it's safe for them to go and be treated well. Unfortunately, that’s not something that is an everyday occurrence living in a colonial society where we go to stores and we're followed and treated like trash. I'm tired of that. I want to create a store and a space where people feel happy and safe to come.

And the next thing we're doing here in Manitoba is we're going to create a co-op for folks who don't have the capacity to make the jump into full-time entrepreneurship. I would love to be able to offer them a space where they can rent a booth in a larger building that we can cost-share, and offer a till service and things like that. I’m currently working on that, so that Indigenous creators have a space where they can sell their goods, network, and eventually build to the capacity where they can transition into creating full-time.

Don’t be afraid to reach out to people. Everyone that I've spoken to and have worked with who has created Indigenous businesses is so open to sharing how they did it: their supply chain knowledge, where to get grants or loans, things like that. I think that's a part of who we are as people. And don't be afraid to put yourself out there. It is scary. I'm from the rez, I know what it's like to move off the rez or even just put yourself out there in your own community. It's hard. I just hope that people gather the courage to do it, because the world is waiting for you to take that step. 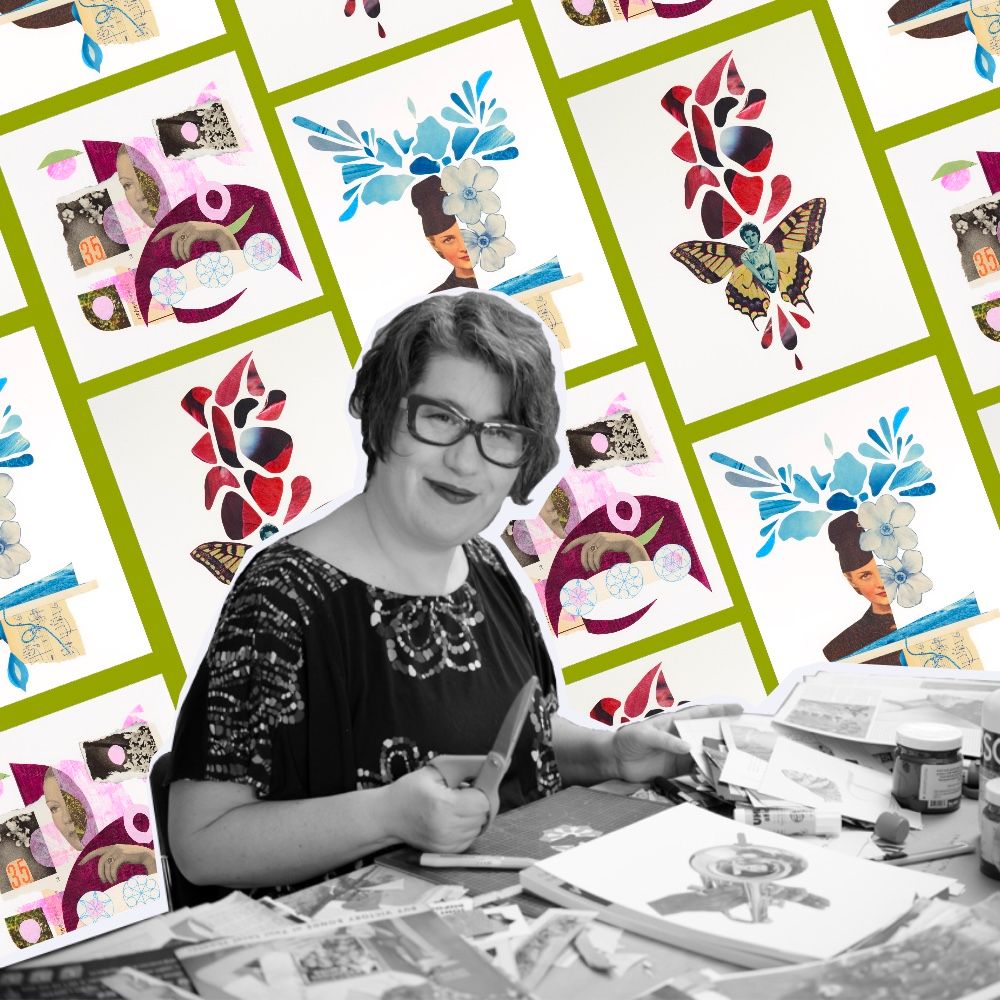 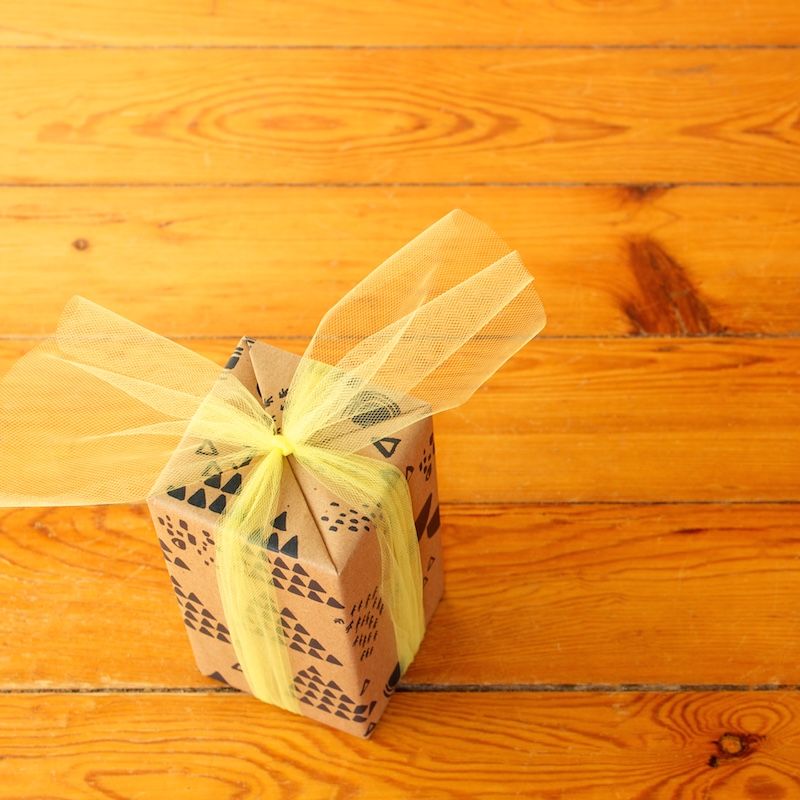 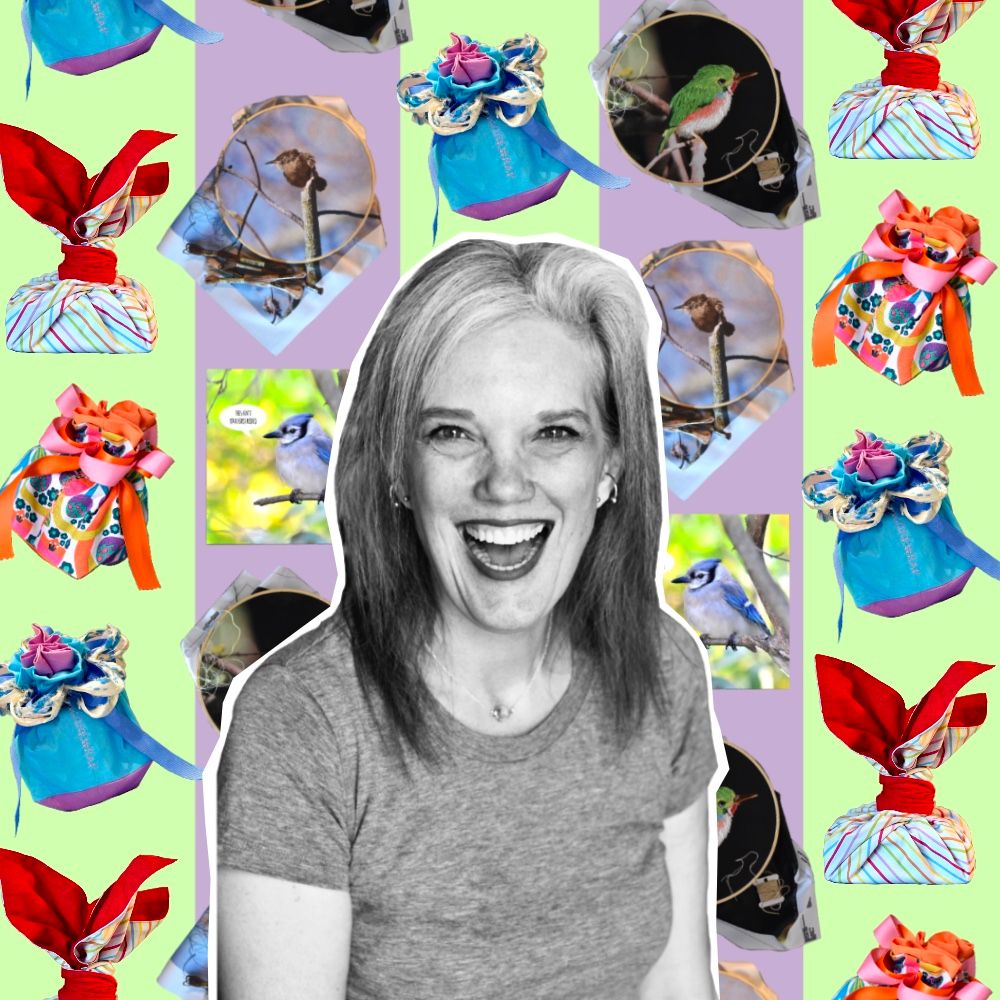 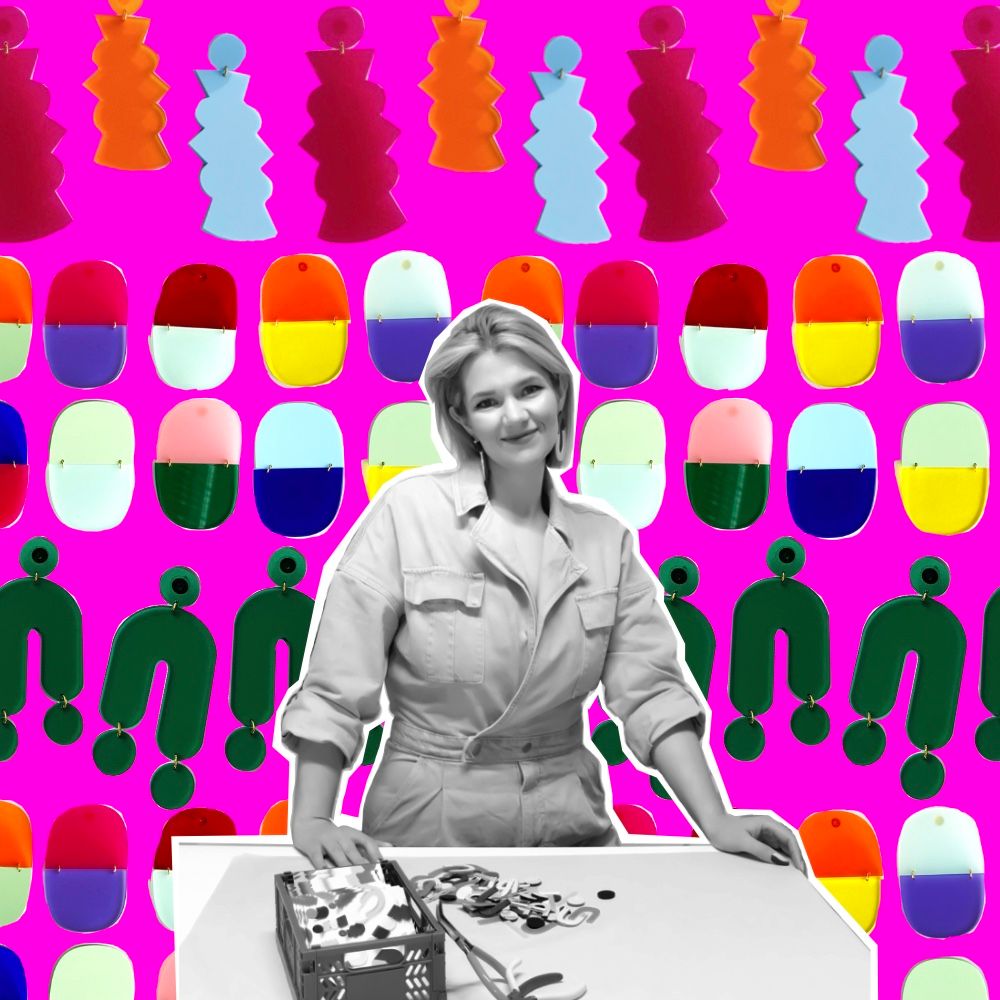 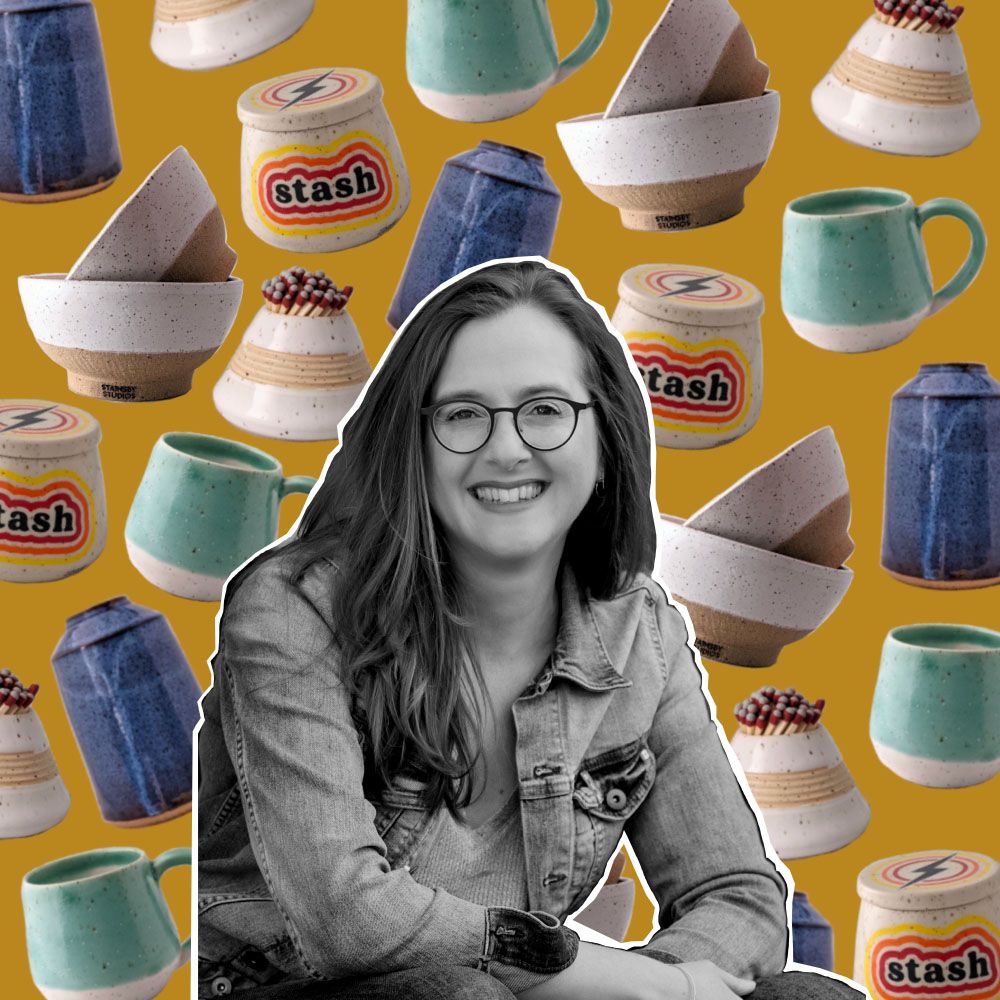 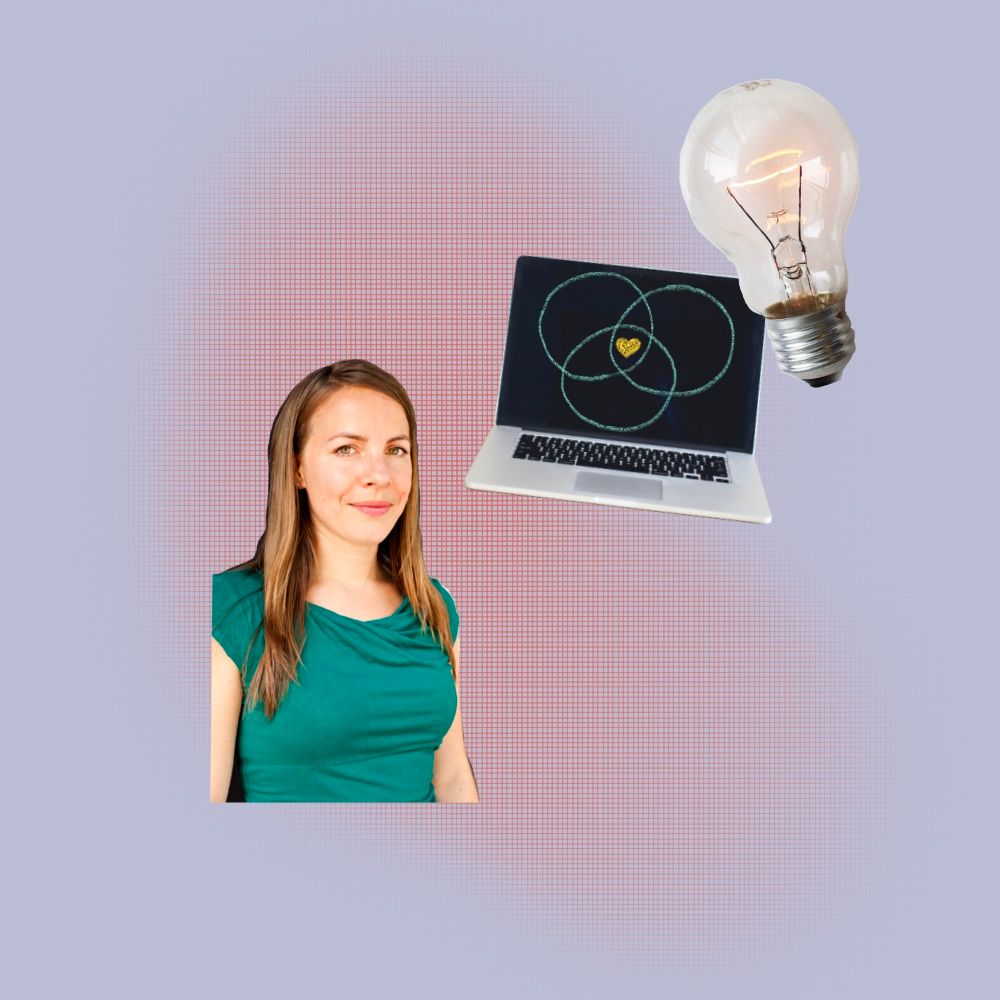 On June 14, a group of Workshop members got together to chat about the why and the how of content creation. The most important thing we learned: there’s a simple formula for finding the joy in marketing. Plus, a video replay to watch on your own time.

How to Talk to Customers

Wholesaling tips from retailers, why you should have an email newsletter, and how to sign up for our content marketing webinar. 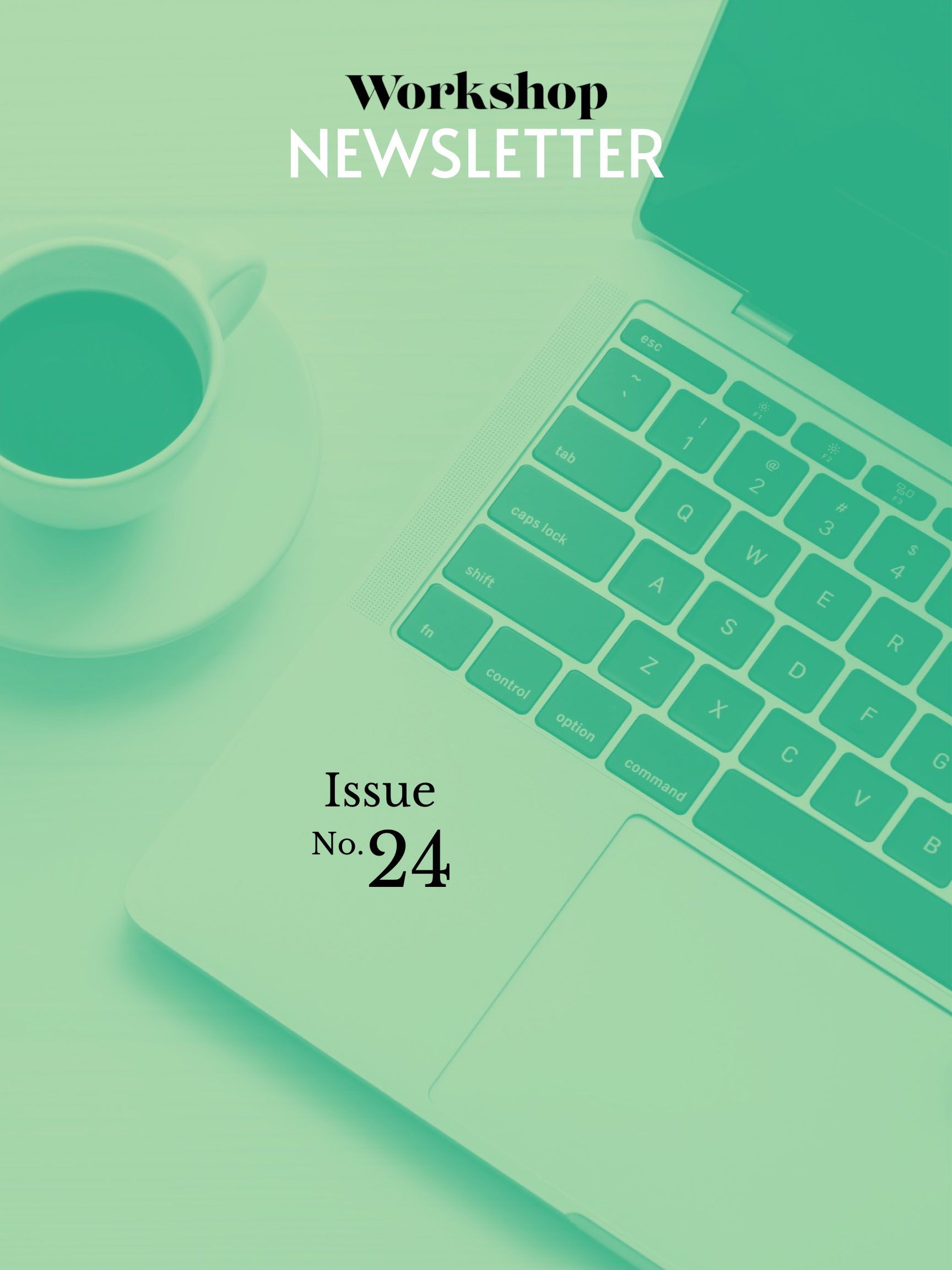